What to read in summer? 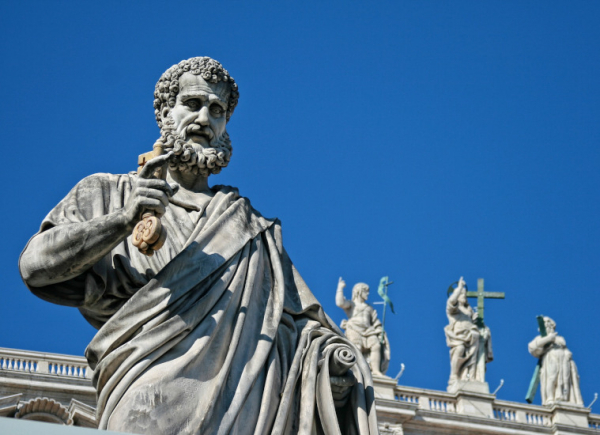 Rome after Julius Caesar's death - an empire torn apart by civil wars. The current republican order is collapsing into ruins, and the state is engulfed in chaos, in which death becomes an everyday reality. Who Will Seize Power? There is no room for compromise in the struggle of leaders who aspire to the scheda after Caesar.

Liwia Druzylla, a young woman from an old patrician family, unexpectedly finds herself in the midst of political and military turmoil and must find a way to survive. How much will she have to sacrifice to avoid the dangers that threaten her? What will it have to go to in order to achieve its goal? Who will turn out to be an ally and who will be a traitor?

Livia. The Mother of Gods is a passionate epic story about the turbulent and turbulent youth of one of the most famous women of the ancient world. History remembered Livia Druzylla as the wife of the first emperor of Rome. Her intelligence, unscrupulousness in pursuing her goals and skill of skillful manipulation of the environment have become legendary. For several dozen years she was the undisputed first lady of the Empire, who with her behind-the-scenes activities left a permanent mark in the history of the world. She became the mother of the dynasty. But the price she had to pay for it turned out to be very high ...

Livia. The Mother of Gods is the fourth part of the Roman saga by Michał Kubicz. Each part has a separate storyline and can be read independently of the others. The series is a coherent literary vision of the history of the first imperial dynasty ruling Rome - from the murder of Caesar to the fall of Nero. Although the individual parts do not have titles corresponding to the names of the emperors, the planned cycle will cover almost the entire history of the family, seen from different perspectives and through the eyes of different members of the imperial family. Therefore, it is an absolutely unique project on the publishing market, not only in Poland, but on a global scale. So far, three novels have been published by the Książnica publishing house as part of Michał Kubicz's Roman saga.

Michał Kubicz is a lawyer by education, he works as a legal advisor. For many years he has been passionate about the history of ancient Rome - the largest European empire that still influences our civilization. His fascination with antiquity began in his childhood, when he and his parents discovered the remains of Roman cities in Algeria and Tunisia: the ruins of temples, theaters, aqueducts and baths. He is interested not only in the historical events that made Rome the hegemon of the Mediterranean, but also in architecture, art, religion and customs of that time. When writing books, he tries to make the most of the available source material and scientific studies on ancient Rome. He puts a strong emphasis on historical realism and fidelity to established facts. His descriptions of Rome are characterized by unprecedented plasticity.